This is a wonderful fantasy story for any age, and the ending will blow your mind! 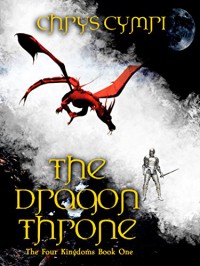 This is a wonderful fantasy story for any age, and the ending will blow your mind.

The Dragon Throne follows Fianna, princess and heir to the dragon throne. We first meet her at the age of 11, a year after the death of her mother. Her father inadvertently threatens her position when he takes a new wife, bringing about the possibility that a new, male heir would be born. Fianna runs to her aunt's home, where she is taught the ways of the Dragon Throne, though her aunt's tutelage carries the bitterness of a firstborn woman who also lost the throne to her younger brother.

We also follow The Prancer, a unicorn on a journey of honor as he seeks the dragon who killed his milk-brother. The Prancer is honest, determined, and witty, but his past is shrouded in mystery, and he bears the marks of both painter and dancer - positions usually bestowed to twins.

Along the way Fianna makes friends with Deian, a boy who's connection with the land is unlike any other human's, but the land and her magic are dying.

This is a beautiful fantasy turned sci-fi that strikes all my favorite chords - unicorns, dragons, princesses, and magic - without being cliche or predictable. The story ends with a bit of a cliff-hanger, but the author addresses enough of the story to satisfy the reader while leaving an incredible hunger to start the next book.